Advertisement
World History Quiz
As a loyal follower, you have been selected to join our daily quiz email.
Join our exclusive list to not miss out on future quizzes :)
Click here to subscribe for free
Question 1 of 10
The 1960s Betting and Gaming Act allowed the creation of which sort of establishments?
Question 2 of 10
The fashion designer Giorgio Armani was born on July 11th 1934. What country was he born in?
Advertisement
Question 3 of 10
Which plane, nicknamed the Jumbo, made its first flight in February 1969?
Question 4 of 10
What was the surname of Francis, a 16th century English politician and philosopher?
Question 5 of 10
Beginning in 1609 was a period of peace known as what?
Advertisement
Question 6 of 10
North Korea's Kim Jong-Il was succeeded by whom upon his death in 2011?
Question 7 of 10
Who did John Lennon marry in March 1969?
Question 8 of 10
Benjamin Franklin is credited with founding which of the following?
Question 9 of 10
In 2014, 12 Nepalese climbers were killed in an avalanche on what mountain?
Question 10 of 10
September 15th 1935, The Nuremburg Laws go into effect in Germany but what does this entail?
Personal invitation to our daily quiz email 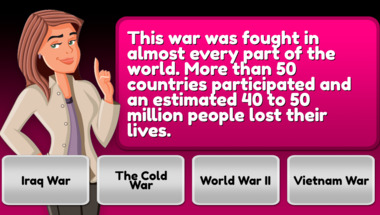 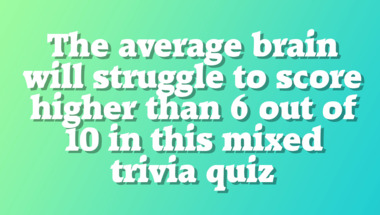